In 1997 I had to give a talk in Lisbon. I arrived in the twilight of sunset and was impressed – amongst other things – by the large number of statues and monuments all across town, many carved out of white stone. The fin de siecle architecture of the surrounding buildings was accentuated by cast iron balcony railings on buildings up to four storeys high.

I went to bed before midnight. My hotel room had wonderfully high ceilings.

I woke up late. I opened the wooden shutters of my hotel room, with vertical movements of my arms, mimicking a bird opening its wings. The bright sunshine took a while to get accustomed to. But what I saw made me rub my eyes again: The appearance of the city had completely and dramatically changed: 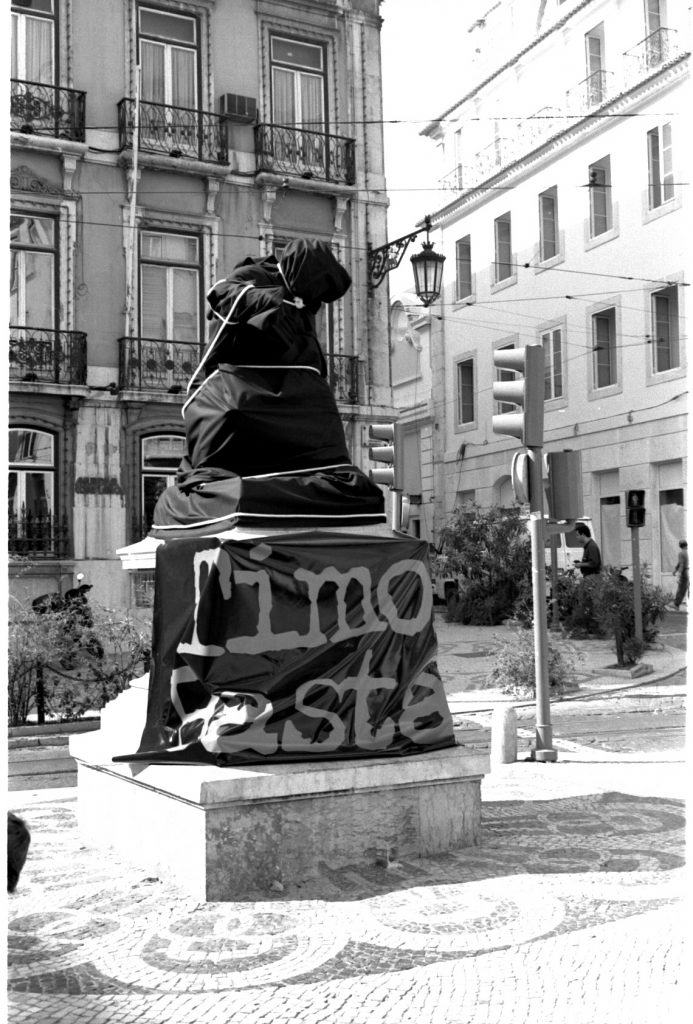 Overnight, the citizens of Lisbon, had wrapped up every single statue and monument in town in black drape, held together by white rope. That night, apparently, a dictator had taken over control in the former Portuguese colony of Timor. Not only were white statues draped in black cloth, but the black cast iron balcony railings everywhere in town had white sheets hanging from them, a concerted symbol of solidarity of the citizens of Lisbon with the oppressed people in Timor.

Then the birds came. Black, against the cream white background of the municipal hall. I recall the exquisite slowness with which I perceived their movement, as if time was held in suspense, captured by stroboscope snapshots, which are attached. 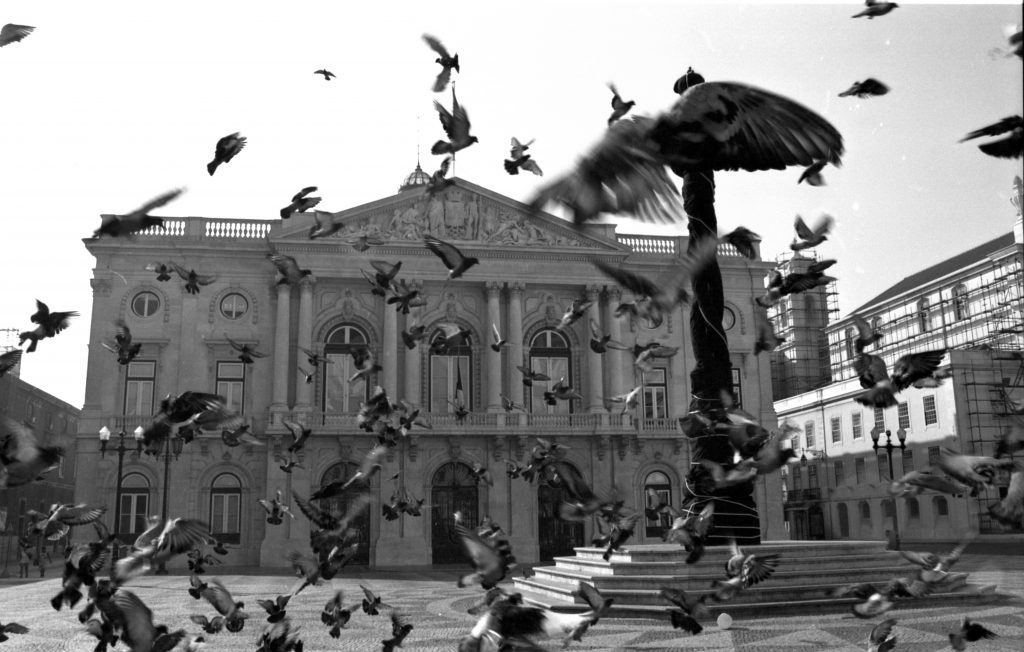 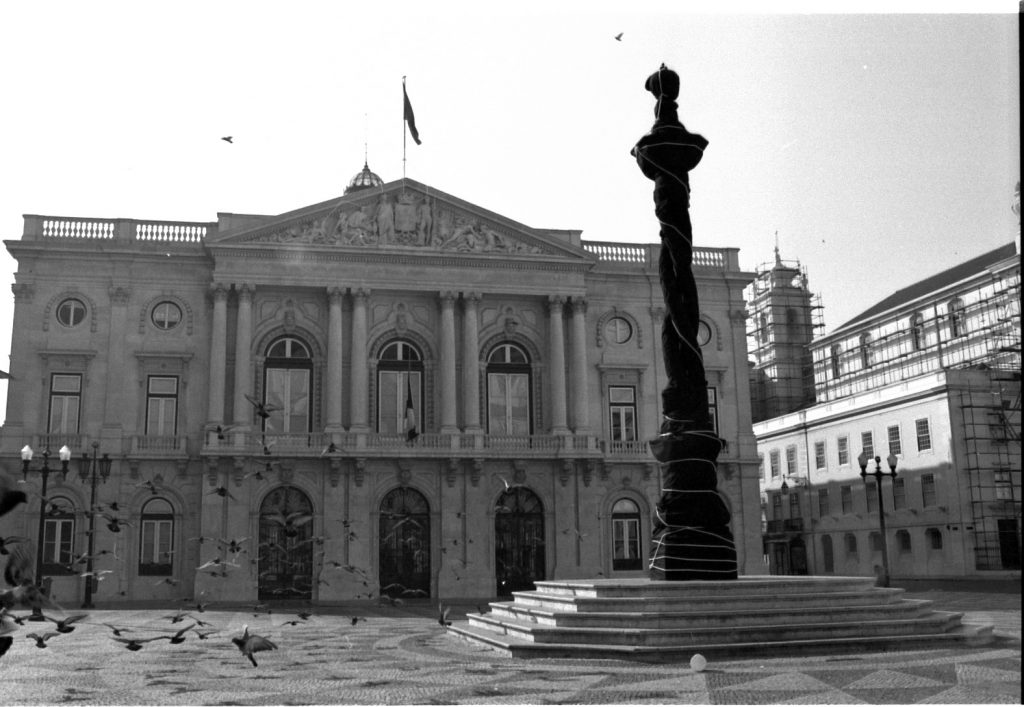 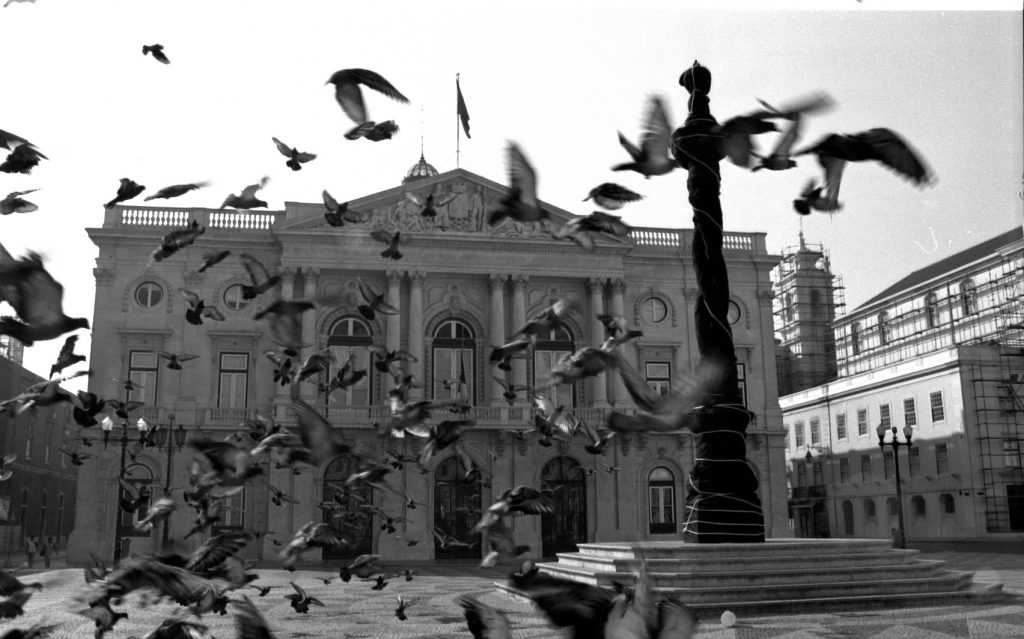